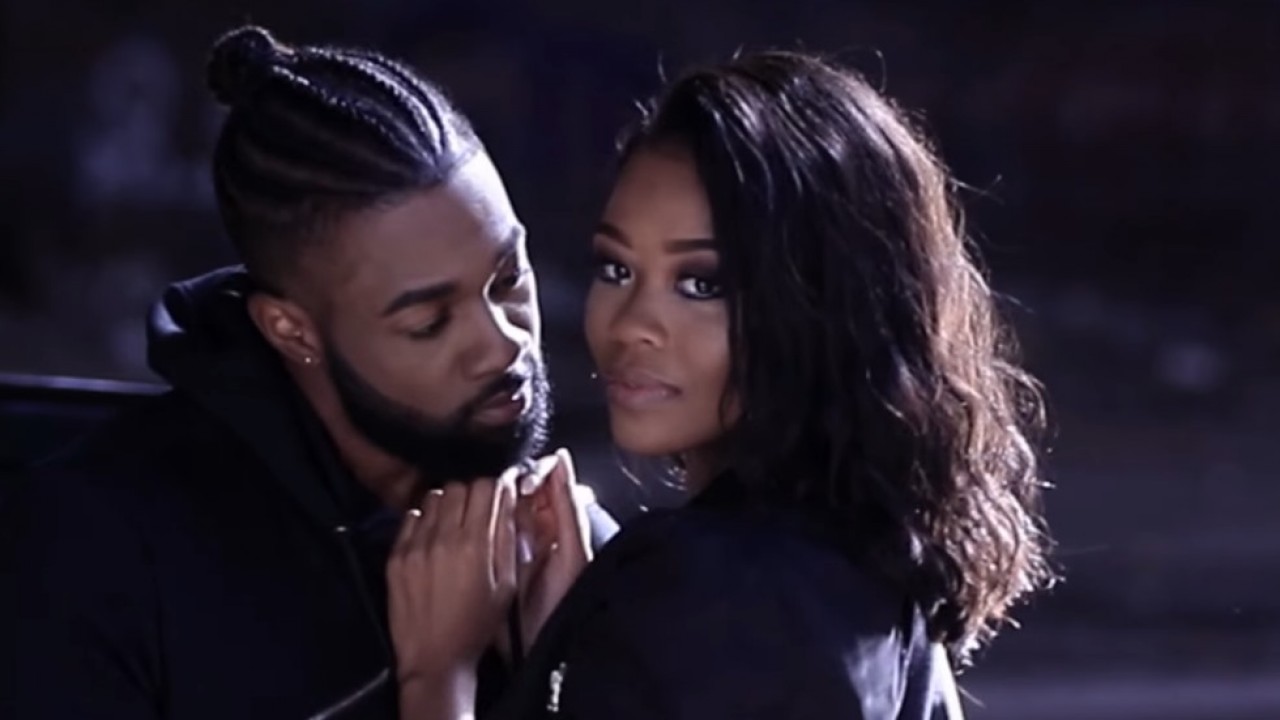 I stared at my cousin as if he had lost his mind!  Devin remained unphased as he sat there, cool and calm, while he finished his drink.

“So you believe that she has the power to kill your career?”

“C’mon now, fam!  She’s been good for my career.  Kamiyah has done a lot for me”

“Has she?  Tell me this Mr. Waters.  How long has it been since that night you and Kamiyah did the do?”

“And when was the last time you had a gig outside of singing background for Charlie?”

“So again I ask, why is she still under your employ?  More specifically, what has she done since you hired her that you couldn’t have done yourself?”

“Bruh, I can’t believe what you’re saying right now!  Kamiyah’s your friend too!”

“That may be, but I’m not the one paying her to keep me in neutral when I should be in drive”

“That’s not fair Devin.  You know she’s been busy”

“Haven’t you been busy as well, Chance?  You’ve been on tour, training clients at the gym, finishing up your Master’s degree, and still writing songs, right?”

“Listen Chance.  I know that this is hard to hear, but think about it.  Outside of getting you a piece of a role in that Tyler Perry movie as yourself, what has she done?  Has she boosted your social media fan group?  Do you have any merchandise to sell? Has she put you in rooms with producers that want you to write for their artist?”

Before answering, I sat and chewed on the facts.  One thing I did appreciate about brother preacher was that he pulled no punches.

“So is that how I justify firing her?  Because she really hasn’t been a good publicist for me?”

“No, you’re cutting strings because she’s coming between you and the woman you love.  I just pointed out the facts to help you see clearly.  Since you’re emotionally attached to her, you can’t see that she’s a cancer.  If you continue this path, Ms. St. Clair is gonna infect anyone that you touch.  If you want to have a happy life with Inez, then you gotta set Kamiyah free”

Devin rose to his feet and headed toward the bar while I sat there with my feelings. Had Kamiyah been playing with my heart this entire time?  Was she doing it on behalf of all the women that I had dismissed for one reason or another?  Or, was she seeking attention because Valentine’s Day was around the corner?

I replayed all the excuses Kamiyah had given me over the years as to why we couldn’t be more than friends.  After that awkward night, we stopped hanging out as much.  And when the pandemic hit?  She was able to justify her distance as she had preexisting conditions.  So of all people, why was she here, in the room above me, socializing with unmasked women that she didn’t know? I felt like a complete jackass!  Devin, sensing my shame, began to sing,

“Everybody plays the fool, sometimes

There’s no exception to the rule, listen baby

I leaned forward in my chair and stewed for a bit.  Brother preacher handed me another glass as he sat back down in his chair.

“Why are you upset, Chance?  I mean, you have Inez!  Trust me when I say, you already knew she was playing games, which is why you went on the dating site in the first place.  Am I wrong?”

“You’re not wrong.  I’m still trying to understand why she would play this game with me?”

“Only you can answer that one champ.  Is there more to the story?”

How did he know there was more?  I had already said too much!  But there was a reason why I was here.  I needed to get this off my chest.

“Well, last week Kamiyah started sending me some salacious pics of herself”

“Yassss! The first pic was her in a tub with suds covering her, teasing me.  A few days later, she sent me a video of her in the silhouette challenge.  This morning, she sent me a pic of her lying on the bed, naked, ass all in the air”

“I knew Kamiyah was bold, but wow!  I’m sure that was a sight to see!  Homegirl was definitely putting on that full court press for your attention”

“My thoughts exactly.  When I questioned her on it, she said that it was an idea she had for some merchandise I could sell based on my name from the movie”

“Chance Lover Lover?  Yeah fam, I never did like that moniker for you.  And besides, I dunno if your boy Luda would let you market that since you basically recycled his old name.  But yeah, Ms. St. Clair is growing bolder by the moment.  I say that you cut ties now”

“I dunno.  I think I can handle Kamiyah and continue our business relationship”

“Nah playa, you can’t.  You’re only fooling yourself”

“You may be grown and all that, but think about this: What would happen if Inez saw those pics of ol’ girl in your phone?  Or worse, if she saw that you saved those prurient images to your gallery?  Think about what would happen?  The amount of scrutiny you would be under?”

“You got a point there.  I don’t think Inez would trip though.  She’s very secure in herself”

“Uh huh.  You say that now until it happens.  You ain’t got nothing to do with the visuals being sent, but you have everything to do with allowing it to continue.  Inez is gonna ask you how long this has been happening, even though she can see the date you saved the picture.  Then she is going to start questioning you about all the times you met up with her for ‘business’.  Even though you haven’t been improper since that night, the evidence and your unwillingness to nip this in bud will say to her that you wanted this.  And if you want Kamiyah . . .”

“And let the church say amen”

“Damn, this feels like Tangie and Kyla all over again!”

“Cuz, it’s different because Inez is single and she wants to be with you.  According to your reports, she’s been completely honest with you, right?”

“Yes.  She will not let me be mad or make assumptions about something.  We talk everything through”

“Now that’s a woman you need Chance, not this toxic stupidity that you are accustomed to!  And if you and Kamiyah are truly friends, she should respect your decision, not fight it”

“I said if you two are truly friends.  When people are selfish, they only care about how they feel and try to persuade you otherwise.  If you tell Kamiyah that her recent actions have been inappropriate and you need to step away for the sake of Inez, she should understand”

“You make this sound so easy, Devin”

“Have you seen me pull out a cell phone since we came down here?”

“Well no, but you could have left it upstairs.  I know you have members that contact you”

“No, I have ministry leaders that contact me only.  Members can contact me through social media which I pay a separate firm to run”

“Yep. I thought about asking my wife to run it since she was already over the media ministry.  But when I imagined Jessica having to deal with a new member who acted out of pocket? Her losing her religion and beating the woman up at her job?  Then the drama of defending my actions when I don’t even know who the woman is?  Yep, the firm seemed like the obvious choice”

“Chance, I’m protecting my marriage at all costs!  So if I lose members because they can’t reach me whenever they want, so be it”

“Yeah man.  So like I said, if you truly feel that God dropped Inez in your life to come alongside you and work this thing called life, you need to limit your distractions.  Heaven knows life has its own hurdles.  You don’t need to bring your own to complicate matters”

“So what are you gonna do man?”

“I’ll probably start looking for a new publicist next week and . . .”

“Ninja!!!  Have you not heard anything that I’ve said to you?  Kamiyah is upstairs now!”

“Oh I get it!  You’re scared she gonna beat you down if you tell her tonight”

“Man, you know I’m not scared!  It’s just that, I’m just used to her being in my life.  Despite the deception, I consider her a friend”

“Like I said, if she is truly your friend, she will respect your wishes”

Before I could finish, my new spiritual advisor went to the bar and grabbed the phone.

“What are you doing, Devin?”

I flew from my seat and darted to my cousin, but it was too late.

“Hey baby.  Is Kamiyah still upstairs?  Chance needs to speak with her”