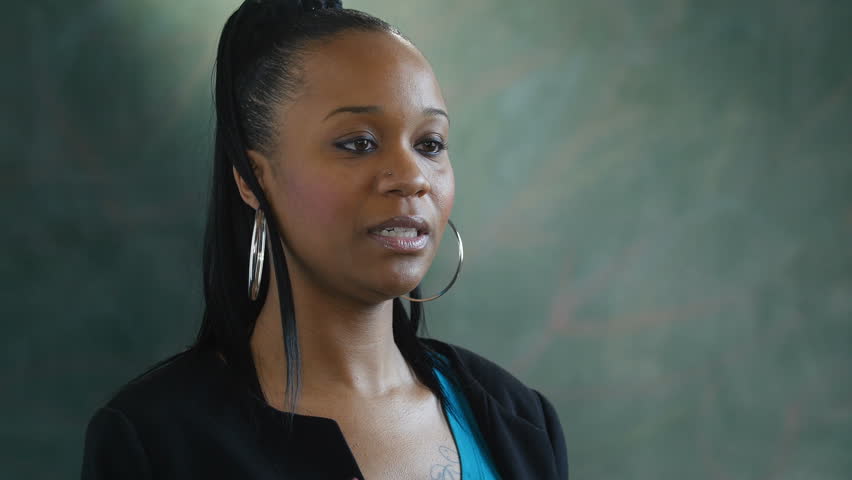 “It does matter!  You still have time!”

“You’re always looking on the sunny side of shit!  Need I remind you that it’s already seven fifteen? I say forget about that damn bus chick!  Besides, we have enough trim hitting on us at work to feed our hormonal . . . .scratch that!  Money over bitches bruh!  We don’t need ‘dem hoes!”

“Aren’t you tired of settling Hamilton?  I mean . . . . she’s the perfect combination: beauty and brains!”

“But that type of woman doesn’t want us!  She wants a thug!  Need I remind you of what your ex called you?”

“She called you an intimidating”

Before I could allow my fear to respond, I grabbed my keys and the purple lilies I purchased the night before.  I knew that if I didn’t leave, I was gonna allow fear to ruin another chance at forever. Even though I didn’t have the poem figured out, one thing was for certain: I didn’t want to let this opportunity pass me by.

I found myself racing down Billingsley and turning into the Carolinas Healthcare lot, parking directly across from her stop.  I pulled up just in time!  The small crowd was beginning to assemble in a single line as the fifteen came into view. I jumped out of the 750 and hurried myself to the stop. I thought that I would be able to see her fro in the midst of the congregation, but I wasn’t fortunate.  I tried to see if I could catch a glimpse of her through the window, but no such luck there either.

“Nigga I told you this was a bad idea!  Now let’s walk back across the street and get to work!”

I rejected the notion and climbed aboard.  Henry scanned me up and down as if I were a stranger.

“So let me guess?  You deciphered the poem and thought you would show her exactly how fancy you were huh?”

I could see that he was looking at my car that I had parked several yards away.

“Well you got half of it correct”

“Not good? It shouldn’t matter at this point”

“Because she likes me Henry!  She wouldn’t have given me the letter if she didn’t like me!”

“Yeah! She probably thinks I’m just a struggling social worker trying to get ahead.  When she sees the beamer and the Purple Label suit, she’ll have no choice but to . . . .”

During my moment of grandstanding, I remembered the reason why I had gotten on the bus. I quickly surveyed the bus but didn’t see her. She wasn’t at the bus stop either when I pulled up.  So where was she? I looked up and down the street, then back again at the bus stop. There was no trace of Professor Brock anywhere.

“Young blood, you still haven’t figured it out have you?”

Henry started to close the door.

“Well just hit the alarm on it!  It will be there when you get back.  Besides, you probably didn’t figure on going in to work on time if you were going to pick her up, now where you?”

Dejected, I armed my vehicle as I took a seat behind the elder statesman.

“Doctor, it’s evident to me that you really don’t know shit about women!”

“Henry, I know plenty!  You see this mack daddy vibe I’m giving?  Brother, I even got on the Johnson’s baby powder and Versace cologne!”

“I hear you Slick.  But tell me Mr. Mack Daddy, how is that you are here on the bus without her?  You’re supposed to be the hunter remember? So why is it that you know very little about your prey?”

“Ms. Naomi Brock is your prey Dr. Simon.  What you’re doing now, dear sir, is what we old heads call, fucking it up!”

“All last week while you were checking her out, you didn’t observe what she was doing did you?”

“I did.  Every day she came on the bus listening to her music.  When she sat down, she would start writing in her notebook”

Henry shook his head as the fifteen made its next stop.

“Young man, she was reading a collection of poems by Langston Hughes all last week”

“But she only had her pad out when she saw you for the first time.  She probably wrote that poem the first day she saw you. And it took you the entire week to ask for her number!”

“So you’ve been scoping her out too Henry? Vera ain’t enough for you old man?

“Doctor, even Mr. Wonder can see that she’s fine!  It’s kinda hard not to take notice of a woman so beautiful.  It’s not like they grow on trees ya’ know?”

“Okay so she reads Langston Hughes and gives me a poem that she’s probably written.  What’s next?”

“You tell me what’s next?  She’s not here on the bus? What do you think you should do young blood?”

“Damn Henry!  How you gonna answer my question with a question?”

“Young blood, I can’t tell you everything!  Again, you have to know your prey. I’ve told you that she’s a professor.  I don’t know about you, but when I was in school, my instructors made me purchase the books that they had written”

“But if her work was published, I should have been able to find it right?”

“So I’m supposed to go to each school and find her?  Is that what you’re telling me to do?”

“Doctor, that device in your hand can tell you”

I sat in silence as Henry went back to the business of driving the bus.  As I replayed our conversation, I started to realize how slow-witted I was!  She had given me all these clues!  It never dawned on me that while all the men adored her curves, not one approached her. Her confidence was intimidating.  Trying to impress her with shiny things would never work.  No doubt she had all of those things herself!  The professor was putting me through a test.  She needed to know if I was serious about her.

It wasn’t long before I found Ms. Brock in the Johnson C. Smith directory. After several other stops we arrived at the transportation center.

I gave Henry a pound as I stepped off the bus.  I got on the seven and within thirty minutes, I was standing in front of the library.  From there, I navigated my way through the courtyards to the campus bookstore where, to my surprise, Ms. Brock’s own book of poems were there for sale.  I gazed upon the cover, feeling all the more certain in my task. I purchased a copy and inquired as to where my lady love was teaching. The cashier was more than happy to oblige.

After a ten minute walk across the yard, I found myself walking into Crutchfield Hall.  Her class was the second room on the right.

“She’s gonna call the cops on you man!  She’s gonna tell the world that you’re a stalker!”

But I couldn’t turn around.  Shit, I had traveled this far!  I needed to see it through. It didn’t matter what people thought about me.  I knew that my purpose was genuine. I needed to believe in love again and stop being afraid.  I thought that I had lost the ability to care for someone outside of myself. But now was my opportunity to feel something again . . . .

I opened the door and entered as if nothing was wrong.  Ms. Brock was into her lesson, writing concepts about Black Literature on the chalk board.  The students, most still in their pajamas, were taking notes feverishly. When she noticed that I was in the room, she gave me a smile and nodded as she continued on.  The confidence in which she taught the class and how she engaged their minds aroused me. She was the stimuli that I had been searching for.

Before long, class was over and the students peeled out.  And there we were . . . . alone. No passengers. No Henry. Just us.  I stood up from my seat, and made my way to her.

“Good morning Professor Brock.  I’m Hamilton Simon and I would love to make your acquaintance . . . .”