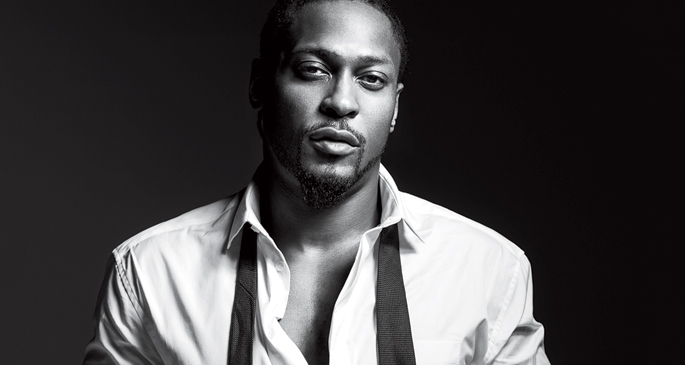 Malcolm X once said that “when a person places the proper value on freedom, there is nothing under the sun that he will not do to acquire that freedom.  Whenever you hear a man saying that he wants freedom, but in the next breath tells you what he won’t do to get it, he doesn’t believe in freedom!  A man who sincerely believes in freedom will do anything under the sun to acquire or preserve his freedom”.  You see family, I’ve been waiting for my deliverance ever since Eric Houston walked into my life.  And now, after several months of being this death dealer’s slave, I am finally breaking free!  I had my papers, I mean the plane tickets, in my jacket and New York would be my new home.

Despite my sunup fatigue, I couldn’t stop smiling!  As the iron platform took me down to the lobby, the passengers that hopped aboard complimented me on my glowing demeanor.  It was the first time that anyone ever said anything about my smile! Probably because I felt absolutely incredible!  Spirit wise that is.  My body on the other hand, was still feeling the effects of that unannounced morning session with my ladylove.  Although I had been intimate with Jade on many occasions, this morning was different.  She wasn’t cheating on her fiance.  I wasn’t cheating on my fiancee.  We weren’t creeping around trying to avoid the all seeing eye of our tormentor.  Those days of playing mind games were over!  I felt like Dwayne Wayne after he professed his undying love to Whitley. Now Jade could have chosen to be with anyone else, but she chose to ride with me!  My heart was so full that it began to sing Stevie Wonder’s “Overjoyed”, in the midst of a crowded elevator!

As the golden doors unfastened, I swiftly made my way toward the lobby cafe to get some much needed caffeine. Knowing Jade, she needed some too as she was probably still in the bed!  I took a seat at the counter as I waited patiently for my order.  Sitting there, I thought about the old life I was leaving behind here in Atlanta.  Although I was saying goodbye to the drama, I was also bidding adieu to the good as well.  I’d made this metropolis my home for close to ten years.  My New Covenant church family was here. My homeboys were here.  Even my mother, who hated big cities, moved up here several months ago!  Now I was parting ways, only giving Mother Paul a face to face farewell.  I knew that if I disclosed my plans to everyone else, they would have pulled out all stops for me to stay.

I thanked the barista as I took the beverages in hand.  Before I could make it out the coffee shop, an unsettling sight appeared before my eyes.  Three grimacing, black cladded, foot soldiers were headed toward the elevator!  My heart sunk as I froze in place!  Everything in me started to shake as I felt my independence being snatched from me once again!  I started to pursue them, but I knew where they be would taking Jade! They wouldn’t dare do anything in this White establishment!  I took the espressos and hid in a corner of the diner where I couldn’t be seen.  After several minutes, I saw Jade emerge from the golden doors surrounded by the goon squad.  They marched out the front door and piled into a black SUV.  A part of me wanted to cry.  I was so close to leaving this place and Eric was pulling me right back in!  I knew his word wasn’t good for shit! I be damned if I was going to be his puppet anymore!  This nightmare was going to end today, one way or the other!

After waiting several minutes, I made my way to the front desk to see if the valet had pulled my car around yet.  Just as I was about to inquire, the attendant came in with my keys.  I thanked the concierge as I ran out of the hotel.  I jumped in my ride and tore down Peachtree.  Anger filled my eyes as I ran through stop lights to jump on 85.  My mind began to process the quickest way to Eric’s office.  I wasn’t going to be a fool and come through the front entrance like I did before!  The basement elevator would be my way in.  And seeing that I never returned my pass key, I knew that I could still get in!

The odometer stayed on 100.  All I could think about was Jade and all the sacrifices we had made to get to this moment.  Apart of me should have known better than to trust that demon!  I was going to end him or he was going to kill me!  There would be no compromise!  No work for me a couple of more months and then I’ll let you go!  No!  No more!  I was going to be liberated or die trying!

I turned into the garage and made my way through security.  To keep up appearances, I even parked in my old space so that I could ease out with no suspicion.  I grabbed my piece from underneath the seat and placed it in the small of my back like Eric had showed me.  I put on my leather coat and headed for the elevator.  I ascended to his floor without no one being the wiser.  I took a deep breath before I made my entrance.

“Princeton?  What are you doing here?  I thought you were headed to New York son?”

I pulled out the steel and Eric didn’t even flinch!

“What?  Nigga, have you lost your fuckin’ mind?”

“I saw your men take her away this morning!”

“Yeah, your men!  So let me ask you one more time, where the hell is my woman?!”

For a man who had a Beretta pointed to his head, Eric was unreasonably calm . . . . .which scared me even though I had him dead to rights!

“Look Princeton, my word is my bond.  When you turned in your notice, I said that you were free and clear.  You held up your bargain of the agreement.  You married that awful wench who couldn’t keep her tongue to herself long enough to get through the election! Now, if you don’t want to die in the next five seconds, I would advise that you lower your piece before Oz puts two hollow points in your dome”

With all the adrenaline pumping, I didn’t realize that Oz was right behind me with two guns pointed at my head!

“You sure didn’t Princeton!  You’re not cut out to be a gangsta!  Stick to making them love songs!  That’s your thing!”

I lowered my gun but I refused to let go.  I could feel the heat from Oz’s breath now as he waited for further instructions.  I still needed answers and I knew Eric had them!

“But if you don’t have her, then who does?  I know I saw three thugs leave the hotel with her!”

“Why would she want Jade?  That doesn’t make any sense!”

“Well my singer friend, I’m thinking that she wants to meet with all of you.  I mean, since Stephanie harpooned her campaign, my benefactor is out quite a few dollars”

“But I thought you both were invested in Stephanie?”

“Princeton, I’m going to let you in on a little something.  I took what was left of my money and put it behind the Lance Bottoms chick.  My new mayor’s name is Keisha!”

“So you sold Mr. Alexander out before the election?”

“Nah, my benefactor sold me out!  You see Princeton, the reason why you, Jade, Stephanie, and Angela are still alive is because Mr. Alexander wanted his old lady to be in charge of things! Not me like it should have been!  So, that fear that made you all do what was necessary died.  That’s why Stephanie lost so badly!  Now the soon to be Mrs. Alexander is having to answer to James as to why he has lost so much money!”

“So if I’m a betting man, I bet you that Chelsea has them at their home . . . . which is a dumb move.  But what would you expect from a dumb chick?”

“Princeton, you got a whole lotta heart, but not much sense!  You think you just gonna waltz up in there with your pee shooter and demand Jade’s release!”

“What’s wrong with that?”

“And who says you will leave out of here alive?”

“I’ve fought too hard to get this point!  I can’t go out like this!  Haven’t you ever loved someone so much you’d die for them?”

“So when are you going to get her?”

“That’s none of your concern Mr. Paul!  If you care for Jade, you’ll take that plane ticket and catch your flight out of Hartsfield.  I believe you still have time”

“Princeton my man.  You don’t really have a choice.  You either catch that flight and do as you originally planned or you die right here, right now!”

“But how do you know if she’s still alive?”

“I don’t know buttercup!  But if I know Chelsea, she’s looking for answers.  She’s not up for this real shit”

“How can I trust that you will send her back?”

“You don’t!  Now Oz is gonna take you to the airport.  Get on the plane and start over in New York.  This is your out Princeton! Take it!”

“I’m not leaving without Jade!  Once I have her, then I’ll leave!  Not before!  Now take me to her!”

I pointed the .45 back at Eric and held it steady.

One thought on “Princeton’s Liberation”