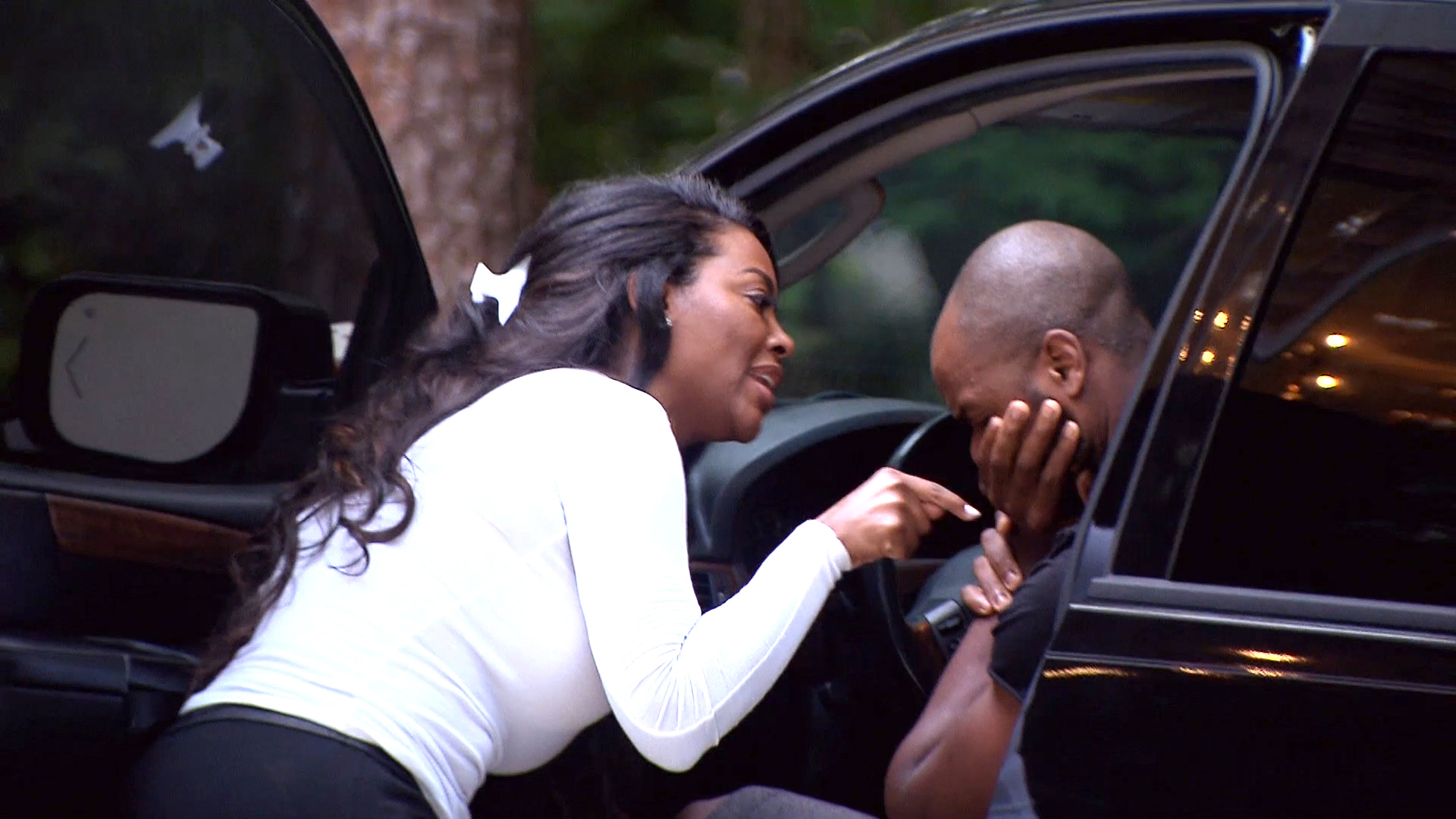 I was too tired to go back in.  Pain was running up and down my thighs from the multitude of squats we did in boot camp.  I had already made it halfway to the car before he caught my eye.  I wasn’t in the mood for his crazy ass, but I knew that the situation needed to be dealt with.  Avoiding Jason was becoming a full time job that I needed to quit!  I would have thought by now that he would have caught on!  I mean, I hadn’t returned his calls.  I damn sure wasn’t going to return his texts!  I blocked him from all of my social media.  I even went so far as to change gyms so that I could steer clear of him.  I didn’t want to have that awkward conversation.  Yet here he was. . . . standing by my car as if I owed him half the rent!

“Cassie!  I started to think that you were dead for a moment!”

“Hello Jason.  What are you doing over here? Why are you standing by my car in the parking lot?”

“Well, I came over for a job interview, but imagine my surprise when I saw your car here!  Kinda hard to miss that white Benz with the crimson and cream decal”

“So what happened to us Cassie?  I thought things were going well?”

“You don’t remember coming to my house and telling my husband that he was less than a man? That you were there to take his place?  That ring a bell mister?”

“But how was I wrong for that?  Every time that we were together, you were always telling me about how he never listened to you.  How he never fought for you.  How he never cared if you reached an orgasm or not.  You told me that I had all the attributes that he lacked. You said that you wished that our time wasn’t just confined to two hour spurts once a week. You remember that?”

Jason was probably right.  Before every encounter, I would have a couple of drinks before he entered the room.  I wanted to numb the pain of being neglected by Stan. There’s no telling what I did or said . . . . .

“Jason . . . . I didn’t intend for you to come over and try to throw my husband out of the house!  That was irresponsible and reckless!”

Jason stared at me as if I was tearing his life apart.  I could see the hurt swelling up in his eyes.  He began to edge closer to me.  I kept reminding myself to stand where others could see me as other patrons were heading to their cars as well.

“So you didn’t mean it when you said you loved me?”

The tears vanished and Jason’s face began to burn with fury.  I knew that I said the wrong thing but it was too late . . . .

“Don’t make a scene?!  Are you fucking serious?!  You’ve been avoiding me for the past month!  I’ve been calling and texting to see if you’re okay!  I’ve rode by your house just to check on you!  Dammit woman!  I even sent flowers to your job to show how committed I was to you! The least you could have done was call me and said that you’re okay!”

“You’re right Jason.  I should have done that.  I was scared to have this conversation with you”

“Jason . . . . . you must know, I’m staying with my husband.  I’m currently trying to make things work with him.  I realize that I made a mistake by sleeping with you.  I’m sorry if I hurt you in any way”

“So let me get this straight.  You wanna make it work with him?  You made a mistake by sleeping with me? Is that what you just said?”

“But he doesn’t hold a candle to me!  I’m better looking than he is!  I’m younger than he is!  And my dick is much bigger than his!  Tell me Cassie, are going to walk away from this?”

Just when things couldn’t get more uncomfortable, Jason did something unthinkable!  He whipped out his large cock for me and the mystified passer byers to see!

“You know you wanna hop on it baby girl!  Tell you what.  Let’s get in your car and pull around back of the Omni.  We can get in a quickie there!”

“I’m afraid the answer to that is no Jason!  It’s been a long day!  Please put your dick away before these good White folks call the police on you!”

“Just like that huh?  You gonna get close to me and then reject me?  Is that what we’re doing now?  You get to play the victim even though you were the one stepping out on your husband?”

“Look man, I was wrong!  I admit that!  The time we spent together helped me through but I was wrong for cheating on Stan.  I used you and I’m sorry”

It was in this moment that I understood what it meant to be a guy as Jason started to go ham right before my very eyes! (Not that pulling his dick out wasn’t crazy enough!)  As he began his tantrum, I had a flashback to me singing “Bust Your Windows”.  At the time, I thought it was refreshing that Jazmine took her anger out on her ex’s car.  Funny how that song lost its luster as Jason continued banging his fist against my car door!

“Jason, stop it!  Stop it before I call the cops!”

He continued beating against my car door, putting dents all across the driver’s side. Then after several more strikes, he went for the window.

“Jason, I swear!  If you break my car window I’m gonna shoot your ass!”

The driver side window shattered as he punched his way through!  I stood there in horror as I looked at the blood and glass all over Jason’s fist!  By this time, several of my gym buddies were walking out and saw the scene.  I could see everyone standing back not wanting to be attacked by my disgruntled lover.  I should have been backing up as well but I was frozen in shock!  I couldn’t believe that my midnight comforter had turned into my midday stalker!

“Jason please stop!  You’re gonna have these people calling the police on you!”

“I don’t give a fuck!  Let them call the police on me!  You can tell them what you did to my heart!  What you did to my soul!  You had no right to say you love me if you didn’t mean it! Damn you Cassie!”

Jason started making his way toward me with that crazed look in his eyes.  I unshackled myself and started to run toward the entrance!

“Don’t you run from me bitch!  I’m going to have you whether you like it or not!”

I continued to run through the automobile maze. Jason was within striking distance when suddenly one of Athens finest tackled him to the ground!  Several other officers came up and helped the officer subdue Jason.  My jilted beau continued to battle until he was handcuffed and shackled. I stood at the entrance as others gathered around me.  I looked at my car and couldn’t believe the destruction I caused.  Just as I reached down to retrieve my cell, one of the officers came up to me. . . . .

I looked at the officer.  I couldn’t be strong any longer.  I cried until there was nothing left. . . . .

3 thoughts on “When He Refuses To Leave”