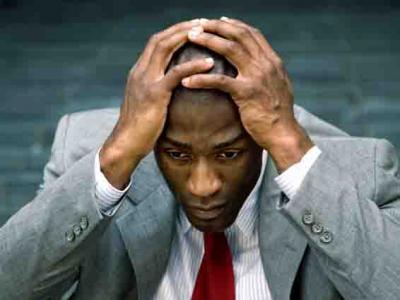 I maneuvered my way through Pandora’s box.  I took my time as the moonlight and cinnamon incense guided my path.  I left the balcony doors open so that the voyeurs could enjoy us. The thought of outsiders watching the show made me feel invincible!  I continued to churn inside of her gushing well.  Her body began to lose control underneath me.  My concubine cried in delight as I began to see exactly how deep her love was.  With each thrust, she grew weaker.  Her chocolate legs buckled in my grasps as she reached the stars for the eighth time.  My beloved struggled to breathe as the aftershocks were continuous.

“You’re not getting off that easy!  Turn over!”

Her face emerged from the pillow as she commanded me to go deeper.  I placed one hand on her back while her ponytail was firmly in the grasp of the other.  The way that she called out for me encouraged my soul.  She arched her back so that I could dive deeper.

Her words got lost as I grabbed her neck and gave her the very best.

She pounded the bed in protest!  She roared as she couldn’t keep her body from giving in to me again.  I could feel her honey surround me as she reached her high.  The battle for ecstasy was won as I joined my Aphrodite in the heavens.  I admired my handiwork as I surveyed the remnants of our passion. It shined all over her derriere.  Gathering my senses, I made my way to the other side of the bed.  After a few moments, I could hear my guest star breathing heavily, ready to begin her investigation.

“What are you talking about?”

“You called me Lauren!”

“Hell no!!  My name is Candy, not no fucking Lauren!  How the hell you gonna call me another bitch name?”

Now this exchange could go one of two ways.  I could apologize and lie to her, blaming it all on the imaginary alcohol.  Or, I could reveal that I’m being haunted by my ex.  I could inform her that the woman who refused to marry me still has my heart.  I could tell her that I pick up women that look just like Lauren in order to cope.  But instead of having a truth session, I decided to treat her like the rest. . . .

“It’s Candy nigga!  Damn, you rich niggas are all the same! You use us strong Black women for your own personal pleasure!  You rather fuck us over than marry us!”

“Strong? Wait a minute! Let me remind your highness that you agreed to come home with me after a fifteen minute conversation in the local Wal-Mart parking lot!  You gonna get mad and think that you impressed me enough to remember your damn name?  You trying to get mad like you have fiancee or wifey privileges? Bitch please!”

“So that’s how you’re gonna do me?  Just fuck me and say you’ll call me later?”

“Yup, that’s pretty much it! Now have you called an Uber or do you need me to fetch one for you?  I have an early business meeting tomorrow morning”

“So you’re not gonna drive me back home?”

“You don’t need me to drive you back home!  Didn’t you leave your car in the parking lot?”

The thick legged wonder began to weep as if I stole her tax refund!  She looked at me with those sad brown eyes pleading to stay.  I quickly picked up my phone and selected the app. Within seconds, confirmation was given.

“Your driver will be here in fifteen minutes.  I’ve already paid the fare.  You can wait downstairs in the lobby”

“So it’s just like that huh?  You’re just gonna fuck me and send me off?”

“I think we both got what we needed.  From the hole tears in the sheets, I believe you were thoroughly satisfied”

The supermarket vixen threw a pillow at me as she made her way to her feet!

“You niggas are all the same!  Selfish bastard!”

“No, you just thought your pussy was going to entitle you to girlfriend benefits.  Lady, I don’t even know you!  For that matter, I can’t even remember your name!  So please, save me the drama and leave. There’s a gift basket waiting for you at the front desk with your purse”

She gathered her clothes and slammed the bathroom door after entering.  Tonight was not the night for entertaining theatrics.  I needed to be sharp tomorrow if I wanted to convince Ted Turner to back Stephanie Amir for mayor.  It isn’t every day that the Ted takes a lunch from an unknown!  But Mr. Montgomery had arranged the meeting and said that he was confident that I could handle matters on my own.  I didn’t want to let my boss down.

After a few moments, my beautiful wench emerged from the powder room, dressed in her dark blue manager shirt and khakis.  As she walked passed the bed, I understood why I agreed to entertain the young mistress.  She headed towards the door without even saying goodbye.  I wanted to say something to make her feel better but nothing needed to be said.  With the gift basket, I more than paid for her services. The problem now was going to sleep without seeing her in my dreams.  Lauren was there waiting, not ready to let me go.

I threw on some clothes and made my way out the door.  I didn’t need to be alone with my feelings.  How could I have called out Lauren’s name while I was entertaining someone else? That was definitely a first!  I never had that issue when I was with my clients or with Morgan! Then again, the alcohol helped me repress my warm thoughts of her.  Since becoming Mr. Montgomery’s right hand man, I believed it was best to avoid the bottle and drugs all together. A lot of good that was doing me now!

Lauren began to show herself a few weeks ago.  She started out by just texting me “hi”.  Then two days later, she sent a text saying that she was just checking on me and wanted to make sure I was okay.  I held fast and never returned the messages.  Then several days later, she upped her game. I found myself listening to messages via voice recording.  She confessed that she missed me and that loving that old ass dude she was with was a mistake.  Hearing her voice made me remember every single moment we shared together.  It became hard to move about the loft without reliving all the moments there.  Whether it was playing Scrabble or simply holding each other while we slept, it was more than I could bare.

I constantly compared other women that were interested in me to her.  No matter where I ran, she was there.  It was in times like these that she would help steady my nerves.  She would give me advice on how to tackle my obstacles.  I didn’t want to admit it to myself but I needed her. In spite of all the wrong she did to me, I still craved her. . . .

“Mr. Houston, is everything okay?  I made sure that your guest received her gift and made it to her cab safely”

Sean looked at me with that Jamaican side eye.

“Boss, I saw what that gurl was packing!  You hit that and you still can’t go to sleep?”

“Yeah!  I’m worried about a meeting that I have tomorrow”

“Meeting?  Seems it was more than just a meeting boss.  That fine gurl kept muttering about you calling her the wrong name . . . .”

“What can I say Sean? Shit happens!”

“It does but for you to call another woman the wrong name?  Where I’m from, when a man mentions another woman’s name in bed that means his spirit is being held hostage”

“So how does a man in your country get rid of that spirit that’s holding him captive?”

“We have a ceremony like that too.  We call it happy hour!  Speaking of which, is there a liquor store that’s still open this time of night?”

“Yes, it’s a few blocks from here.  Shall I have them deliver?”

Sean wrote down the address and I was on my way to cleanse my soul.  Just as I was about to walk out, an all too familiar face was on the arm of a leather clad celebrity.  I attempted to walk pass and head to the car, but I ended up looking back.  I caught her eyes looking at me while her suitor began to check in.  I wasn’t going to let this opportunity pass me by.  I was going to confess my love.

The young tender looked at me bewildered.

“I’m sorry sir, you have the wrong person.  My name is Shannon”

The leather clad gentleman looked at me somewhat perturbed.

“I’m so sorry ma’am. You reminded me of an old friend.  Enjoy your evening”

The brother gave me the nod and I continued my trek.  I jumped in the car and took a deep breath.  I opened the glove compartment so that I could retrieve my piece. While pulling it out, a funeral program fell to the floor.  My tormentor was on the cover. . . . .

2 thoughts on “She Haunts My Dreams”