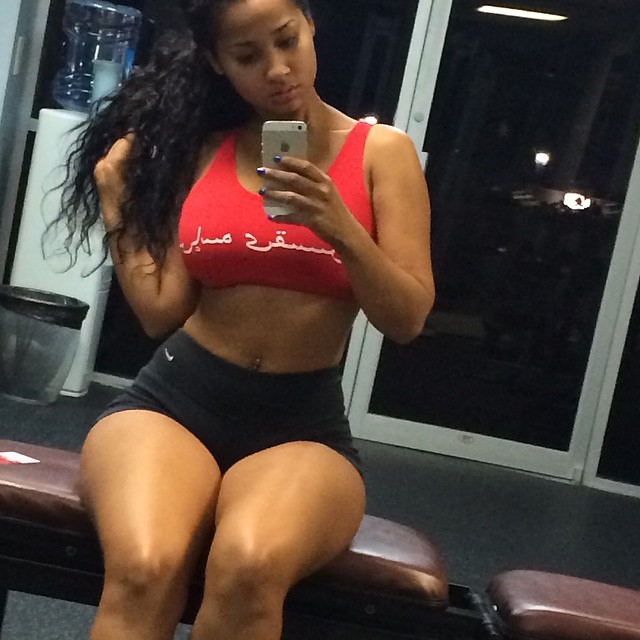 So I’m riding with my son the other day and this song comes on with the following lyrics:

While I’m trying to figure out why a chick would post her bowel movement on social media, my son is on the passenger side doing his little dance that is a cross between the Damon Dash and trying to keep something off his head!  Since it’s on the radio, I continue to listen intently to the Mickey Mouse lyrics only to realize that this guy is talking about “flirting” with various females in their social media inbox.  I’m riding along thinking to myself is this where dating is going now?  Buddy says “Snapchat me the *cookie*?” Wah? “Facetime me that *cookie*” Whet?  As we continued down the road, I reminded my son that I’m praying for him and his generation. . . . . . .

After I dropped my son off, I went to meet up with DeVante (yep, the same guy from the barber shop three blogs ago) for some drinks.  We passed each other in the gym several times since the Karen fiasco but never had the time to catch up.  When he asked to meet for drinks after work, I knew he had a story to tell!  And DeVante didn’t disappoint!  As soon as he sat down to the table, he couldn’t stop smiling.  “Dude, what’s got you so wide open?”  DeVante opened an app on his phone and then showed me his surprise.  There on the screen in all of their glory, were two, beautifully tanned, casaba melons ready to be devoured.

“So you found her on Facebook and she sent you a pic?  Just like that? Stop playin’!”

“Well you know I was feeling a few of her bikini pics.  I “liked” them and then just out of the blue . . . . Titty Tuesday!  She gave me her number and I’m going to put it down TONIGHT!!!”

“Are you serious chief?”

“Dock, did you see those perfect peaches? It’s going DOWN!!”

DeVante was so delighted with himself that he got up from the table and began doing the George Jefferson in a restaurant full of people!  While DeVante continued to rejoice in his new found treasure, I became a little uneasy.  Just when I thought I was ready to date again, now the game throws a new wrinkle.  The gibberish that I heard earlier on the radio where chicks are transmitting photos of their casaba melons while guys are disseminating their pickled cucumbers via direct message is truth after all?  Damn.  What ever happened to that can we talk for a minute, girl I want to know your name?

How did we get from Tevin Campbell to Yo Gotti?  Don’t get me wrong, I adore seeing the female anatomy in all of her prestige like the next man (lawd knows I do!).  However, how does photobombing one’s private message help with getting to know the person outside of their Instagram?  Now I was not about to blow DeVante’s high.  Hell, he needed it!  After the situation with Karen, he needed a distraction.  My concern was what will happen when DeVante leaves the trainer’s place tonight/tomorrow morning?  Will she allow her emotions to get carried away because the sex was spectacular?  Will DeVante begin stalking his candy crush when he finds out that she is also the mistress of a very visible lawyer in town?  All this could be avoided if they would have taken the time to get to know each other.  Back in the day, you had to put in the work just to get a kiss!  I can’t begin to tell you all the correspondence I wrote to potential baby mommas in order to get to second and third base.  Now the expectation is to drink the milk before you even think about purchasing the cow?  Nah, I can’t roll like that.

This dilemma is one of the reasons I decided to take a dating hiatus in the first place.  The rules of the arena continue to change.  While it is not acceptable to be on certain dating websites, date a co-worker, church member, or an ex’s friend, it is quite acceptable to just “appear” in someone’s inbox.  And while many of my male/female acquaintances state that they are repulsed by this, this new phenomenon is more common than not.  What that tells me is that singles are not interested in getting to know if someone is their forever, but are interested in their right now.  (But they won’t tell you that!)  While I’ve had some photos emerge in my inbox, I’m quick to tell a female that you have to bring more than honey dew to the table.  I love to eat fruit but there has to be some balance.  If you cannot manage to string a couple of sentences together to express a complete thought, I can’t with you.  Just. Can’t.

So my question today is how do we overcome this obstacle of fast food dating? Is the strategy to get a person’s interest in the DM first and turn it into something else?  I would love to hear from you.  Snapchat me that cookie . . . . . . .