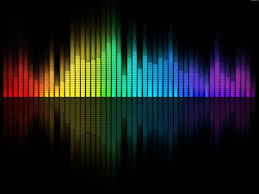 There’s a reason why I don’t listen to rap music on the radio anymore. For one thing, the 2 radio stations I dare listen to play the same 10 songs, and 9.5 of them are basura. So I’m relegated to listening to sports radio and even Republican news channels, just for some humor.  Because quite frankly, there’s hardly any good hip-hop music out anymore- at least that get’s played on 108.7 JAMMZZZ. And I throw the terms “hip-hop” and “rap” out there extremely carelessly. If we’re really being honest with ourselves, the majority of this mess streaming through your radio waves and on the top of your iTunes playlist can hardly be considered RAP or HIP-HOP. Even if you feel yourself bouncing to the beat, the lot of it can hardly even be called music.  so I’m here to break it down to you and truly dissect the game, in to what I like to call the “Real Breakdown: Explaining the Difference between Hip-Hop, Rap, and This Shit” (to be known through the rest of the article as TS, as I don’t like to curse too much). Below is a general definition of each genre, so you can get a basic understanding of all three, which will help to do differentiate between them and make better musical decisions in the future ( P.S.-you’re welcome):

(picture from the Roots concert)

HIP-HOP:  Music genre consisting of a stylized rhythmic music that commonly accompanies rapping, a rhythmic and rhyming speech that is chanted (from Wikipedia- pretty accurate). This is where it all started. When I think of “hip-hop”, it’s the purest of this art form. As the music started to slowly take form in the 70’s and into the 80’s, hip-hop was a fusion of rhythmic poetry and astounding band work. Yes, there was usage of a BAND. Real instruments!  Bandz don’t make her dance, they make real hip-hop music. True hip-hop music takes control of an audience, and always sends a message. The message doesn’t have to necessarily be political or profound in that sense. A message of happiness, pure joy, fun, and love can come from an awesome hip-hop song. At the concert shown above, I never had so much fun listening to an MC spit fire rhymes over an acoustic guitar. And that’s what hip-hop is- the perfect fusion of  actual music and rhyming, with an equal emphasis on both. This love affair between instruments and lyrical flow will never be present at a Gucci Mane concert (we’ll touch on his “type” of music later). Speaking of MCs, I need to make sure that everyone understands that MCs, Emcees, whatever you wish to call them, are restricted to the worlds of hip-hop and rap. And everyone that “raps” is NOT an emcee. The term is derived from the phrase “Master of Ceremonies”. These are the guys who took control of the circus, shows, etc. These individuals tell a story- an intricate, interesting, intellectual one at that. If the whole of your album consists of a 3 songs about bitches, 2 about gold chains, and 1 about the Bugatti you rented from Exotic Car Rentals for your music video, you’re not an MC  and you’re most certainly not telling a story anyone wants to hear. You’re more like the kid who wants to tell everyone about all the cool stuff he got for Christmas, but we all know that it’ll be forgotten within the next 6 months.

RAP: Often interchangeable with hip-hop, Rapping (also known as emceeing, MCing, spitting (bars), or rhyming) refers to “spoken or chanted rhyming lyrics” (taken from Wikipedia-again, pretty accurate).  I consider the world of rap to be more focused on the rhyming aspect of the art, and this is a good thing. A rap artist is very good at telling a story with words that most of us can never imagine. How Eminem was able to spit his flow on Drake’s “Renegade” is beyond me. The type of mind power you need to be able to rhyme all these words together and still get your story or point across is absolutely amazing.  Before the slow demise of the art, this is where most of the music came from, and also the most popular. Rap music has been able to transcend the entire world, and although many would like to deny it or pretend that it doesn’t exist, rap REALLY is the most popular music we have in the world today. I mean, how many times have you gone to a rap concert, and there are more White and Asian people there than Kanye’s entourage he brought along on tour? I went to the Eminem/Jay-Z concert pictured above and it was 80,000 strong, and it was like a United Nations of Rap forum in Comerica Park. It’s absolutely awesome and amazing. Unfortunately, there are also “rappers” who are giving the genre a very bad name, and many who shouldn’t even be called rappers at all. Don’t get me wrong, many are very talented, but they are hovering over a faintly drawn line between the art-form known as “rap” and just complete bullshit. Which leads me to…

This Shit (aka “TS”): Real human beings will never mistake this for hip-hop, but TS is often disguised as rap music. In actuality, it is the product of extremely lucky producers and”beat-makers” who are forced to join forces with asinine figures who claim to be “artists” and sort-of rhyme  a few words together, knowing that a million-dollar hit is on its way. Sadly, TS has completely taken over your radio, MP3 player, The Cloud, BET, and really bad All-Star Game performances. Hidden behind ridiculously sick and catchy beats, TS will sneak up on you when you least expect it, and next thing you know, you’re chanting the words to a Trinidad James song. “Gold all in my chain/gold all in my ring/gold all in watch/don’t believe me just watch”… Are you serious?! No Trinidad James, gold is not all up in your watch, your watch is MADE of gold-get it right. And you realize that rhyming “watch” & “watch” is not working, right?  Because IT’S THE SAME WORD. And don’t let me get into the line about the effects of “popping a Molly”. Did Talib Kweli ever rejoice and rhyme about the delicious effects of smoking crack?  I don’t think so. But man, are we bopping to that BEAT. It is pretty ridiculous. So Trinidad James, thank your producer for that fame. Because you are certainly NOT an “artist”-you’re just an employee for Def Jam, so just make sure you have your ID badge with you when you’re walking through the office. Now that I’ve separated the Froot Loops from the Great Value Fruity Spins, you may find yourself wondering which category your favorite MC falls into. Once you get a good look at the list below, you may even be shocked and awed that your beloved MC is in fact NOT and MC, but a purveyor of TS, and has a tiny shovel in his back pocket to collect all the crap he’s been pushing through your XM Satellite Radio:

A Few Other Examples, In Case You’re Wondering: