I was headed to meet a date recently, when I realized I didn’t know his name. I text him right before we met at dinner, and asked “So what should I call you? (smiley face)”. He replied, “My name, of course (LOL)”. Ummm, yeah, about that…

He may have mentioned it once when we first exchanged numbers/e-mail messages, but I honestly don’t remember.  And when you talk on the phone or text these days, no one really says anyone’s name anymore- both parties know who they’re talking to, so why do you have to preface your message with a name? Oh, and it probably didn’t help that his number was in my phone under the moniker, “Michigan”.

I have to blame my lapse in memory to the strict code enforced by my circle of friends (shouts out to the IP Conglomerate!), which I have learned that MILLIONS of women all around the world practice. Ok, maybe it’s just a handful of women sprinkled across the East Coast, but that’s not the point. My friends and I have followed this rule for as long as I can remember (which isn’t saying much), and it has helped us sift through a lot of people, and keep them organized:

“MALE SUBJECS ARE NOT IDENTIFIED BY THEIR ACTUAL NAMES UNTIL THEY HAVE REACHED PERMANENT STATUS  (i.e. boyfriend, partner). IT IS FOR THE AFOREMENTIONED REASON THAT ALL MALE SUBJECTS WILL BE INDENTIFIED BY DESCRIPTIVE “CODE” LABELS, UTILIZED TO IDENTIFY THEMSELVES TO THE FEMALE”

Practicing this law made it easier for us to recognize the subject of a friend’s recap of a date, much better than a mention of his name. For example, have you ever been involved in this scenario?

Your BFF: “Hey, have you talked to Robert?”

Your BFF: ” The guy you went bowling with last week?”

You: “Oh, yea, I thought you meant Robert from Chicago. I went bowling with the other Robert, the agent from Orlando.”

This exchange confuses a woman, as well her peanut gallery. If you look in your own phone, you will probably find you have 3-5 different Roberts listed (I just checked, and I have 3). How in the world do you tell them apart?  Descriptors, of course. Just scroll through your phone again- do you have a Robert “Gym”, or a Justin “UM”? I KNOW you do- because it helps you remember who these fools are. Allow me to show my next example- an excerpt from an actual conversation which actually made sense to all parties involved:

Work BFF: “Hey, have you talked to the Old Guy?”

Moi:  “Oh no, he was too creepy. I’m going out with the Exterminator tomorrow, though- we’ll see how that goes.”

Work BFF: “Ah ok, I thought you weren’t talking to him anymore because of what happened at happy hour.”

My girlfriends and I have had this type of conversation a million times over. Again, actual government names are never mentioned. If one of us slips and calls a man what his mama named him, the rest of the crew knows it pretty serious. Out of all my girlfriends who are dating/in relationships, I only know the name of one actual man. Otherwise, I am only familiar with The Chef, The Exterminator, The Doctor, and Boston.

Really don’t think this happens as often as you think? Get with your girls (I’m sure even some guys do it, too), and go through your phones. Count how many contacts are not listed by the person’s actual name. Whether it be Andrew “Dolphins” or Tits McGee, you will notice that more people practice this law than you think. 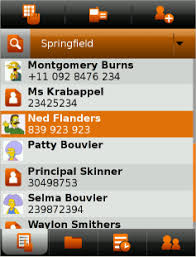 One more thing, here is a list of my current phone entries, that follow the code. Enjoy, and laugh your ass off.

I just hope I’m not in someone’s phone as “Corny Hooters”….

–Keep it a Hot Mess